Being woke as a feminist will ruin old movies for you…and for a cinephile like me, that’s a tough one. Last night I settled in to rewatch a classic, “Urban Cowboy”. First of all, I love 70’s movies and if the soundtrack is great you better just make me popcorn and shut the hell up while I’m watching it. I expected a nostalgic romantic romp (The way I remembered it) and instead I got a bunch of bimbo women creaming in their Jordache jeans for toxic masculinity and domestic abuse. 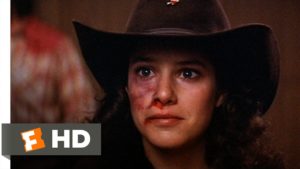 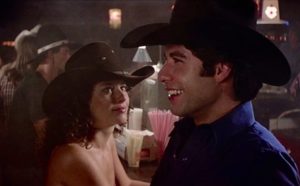 In the outskirts of Houston, Bud and Sissy meet, fall in love and get married. They also fell into a puddle by the side of the road in the throws of a childish argument that apparently turns Bud on so much he proposed on the spot. Bud’s an abuser and he needs a gal that fights back a little so as to enable his male dominance to have something to continuously beat down and eventually prevail against. I mean what good is it to him of she submits right away? There’s nowhere to go from there. She’s just the right amount of spunk to fight back a little but not enough to be a threat. So these two lovebirds settle into their trailer and have mad passionate sex but one night the dishes aren’t done and he throws her out the door with nothing and nowhere to go. Till death or dirty dishes do we part.

The main core of his beef with her is her ability to ride the mechanical bull better than he can. She thought if she practiced and surprised him with her riding skills it would impress him but it backfires. By the way, this whole movie is wrapped around the importance of riding a mechanical bull in a bar. Now, we must remember and forgive the 70’s a little, for being a much more innocent time. Audiences apparently had the luxury of investing 90 minutes in caring about trivial pursuits and giving them the level of importance as say life-defining accomplishments like space travel. That’s ok. That’s movie magic. If the characters care about it we care. Besides, it was also a fad. The 70’s loved a good fad and this movie was trying to boost sales of cowboy boots and mechanical bulls which it succeeded in doing. Every movie needs conflict and the conflict here is Sissy’s desire to ride the bull and Bud’s male ego not putting up with it. This is enough to break up a marriage and they both find other partners in 30 seconds flat. 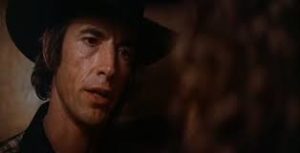 Scott Glenn as Wes is super sexy, and he supports Sissy’s desires to ride the bull as well as she wants…well as sexy as she wants anyway. It seems like this is supposed to be liberation for Sissy. Not to become a prize-winning rider like the boys but a slow super sexy grinder on level one where the bull is barely moving and she’s simulating sex.

Bud and Wes go head to head in a bull riding contest which is the climax of their battle of male aggression. A bar fight early in the film sets Wes up as his rival that mostly involves staring at each other every time they go to Gilley’s. Instead of the white hat and black hat having a shootout on main street in front of the saloon, these cowboys brood, bluster and duel over a two dollar novelty ride at a bar that’s just there to get people to come out and buy beer. The 5K bull riding throwdown is the male equivalence of a wet t-shirt contest.

Wes expects to win and he’s planning to use the prize money to leave town with Sissy. For some reason that is never explained, even though he is on parole he wants to leave town and 5K is enough to set them up elsewhere. Bud wins the contest and then finds something out that makes him want his woman back…SHE CLEANED THE HOUSE! The wonderful Madolyn Smith as Pam finally confesses and it turns out (we knew all along of course) that even though he threw her out at night with nothing and nowhere to go and cheated on her, she came back and cleaned the house and wanted him back.

Upon this news he races to find her. At this point, Wes has hit Sissy hard and robbed Gilley’s, making him slightly worse than Bud. Bud is now a prize to be reclaimed by Sissy. YAY, she gets to go back to her first abuser!! Bud gives her an “I’ll never hit you again baby” speech like every abuser who doesn’t keep that promise. Every battered woman watching this is seeing her fantasy scenario where the batterer becomes prince charming and they live happily ever after. Every young girl sees that ending as a happy ending in domestic violence and every boy is learning what they need to say to get their woman back after hitting her.

On the upside, despite the misogynist themes I laid out above, this is a well-crafted film. The story structure is perfect. Every set up is paid off perfectly which is very important to leave the audience satisfied. That can make or break a film. The acting is phenomenal. Every performance in this film is nuanced and rich. The authenticity could not have been better. The music is perfection and the cinematography in this movie is gorgeous. That reveal shot of Bud without the beard that transitions into a backward tracking steadycam shot is divine eye candy at its finest. The perfect lens was chosen every time. 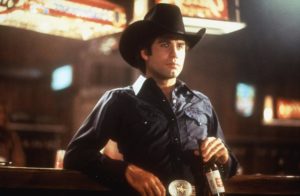 This movie would have been so much more enjoyable to me if I could have watched it with no sound except the music. Kind of like the time I watched a beautiful spaghetti western in Italy with no subtitles and loved it so much even though I had no idea what anyone was saying. 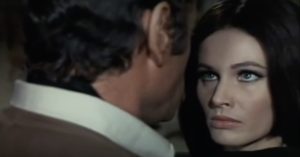 Then I got a copy with subtitles and found out it was a bunch of woman-hating sexist crap and mindless arguments between idiots. Speaking of which, Bud and Sissy make up and go home together which puts all the main character right back where they were in the first act having gained or accomplished nothing. 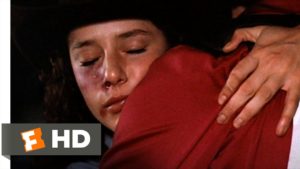 Well except Bud has the 5K winnings and Sissy has learned the lesson Dorothy learned at the end of “The Wizzard of Oz”, stay in the crap you’re in because if you dare to escape you’ll end up someplace worse. The End. 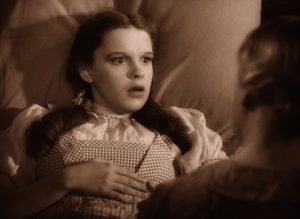 Don’t get me wrong, what I’m not saying is every character in every film and every story has to be perfect people with progressive feminist agendas and all that. In fact, great stories are about flawed people making mistakes and working to get to someplace better. It’s when suppression, sexism, abuse (etc) are sugar coated and accepted in the end and the lesson is to suck it up that I have a problem with. Granted, the studio here was just trying to make a formula movie and a summer blockbuster. But how are we supposed to cherish these as classics like the movies of the 30’s and 40’s with badass women, before men took over the studios and inserted their male gaze into pop culture? Women need to be directing lots more movies for one thing. (ah, there it is, you were wondering when my self-interest was going to rear its head) As this happens (I’m betting it will) and there comes to be a better balance of representation in culture, with time this chunk of movies from the 40’s to now will with the benefit of hindsight become more and more obvious paradigms of toxic male aggression.

In other words, watching old movies is a lot less fun when you wake the hell up. But it’s worth it, so I guess we’ll just have to make better ones.